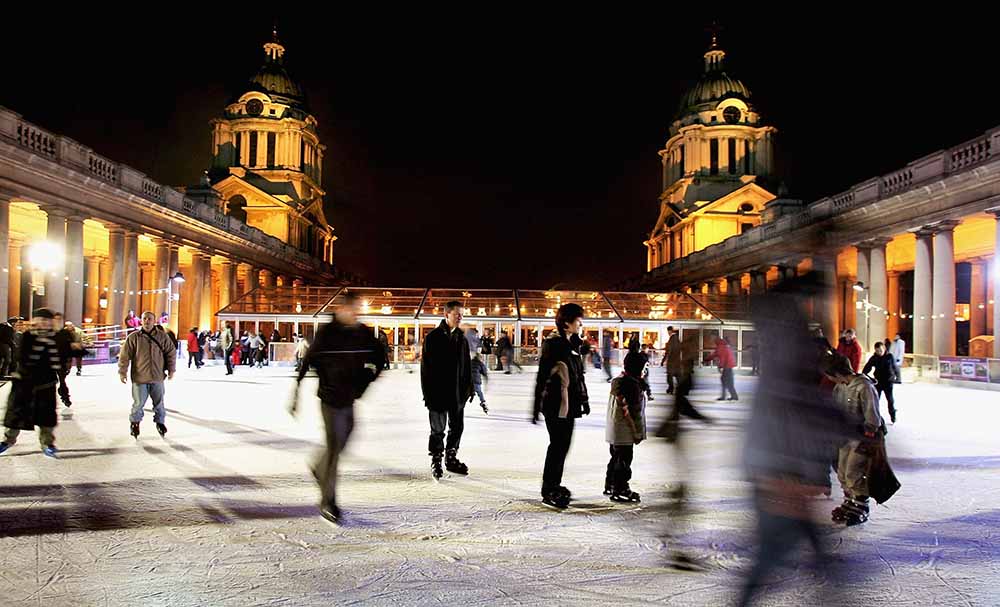 LONDON – DECEMBER 03: Greenwich Ice Rink is opened for the Christmas season at the Old Royal Naval College on December 3, 2004 in London, England. The ice rink – opened following the success of Hampton Court’s facilities last year – opens to the public tomorrow and runs to January 16, 2005. (Photo by Bruno Vincent/Getty Images) 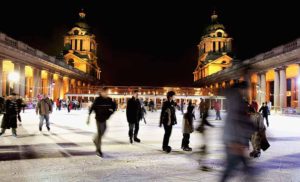