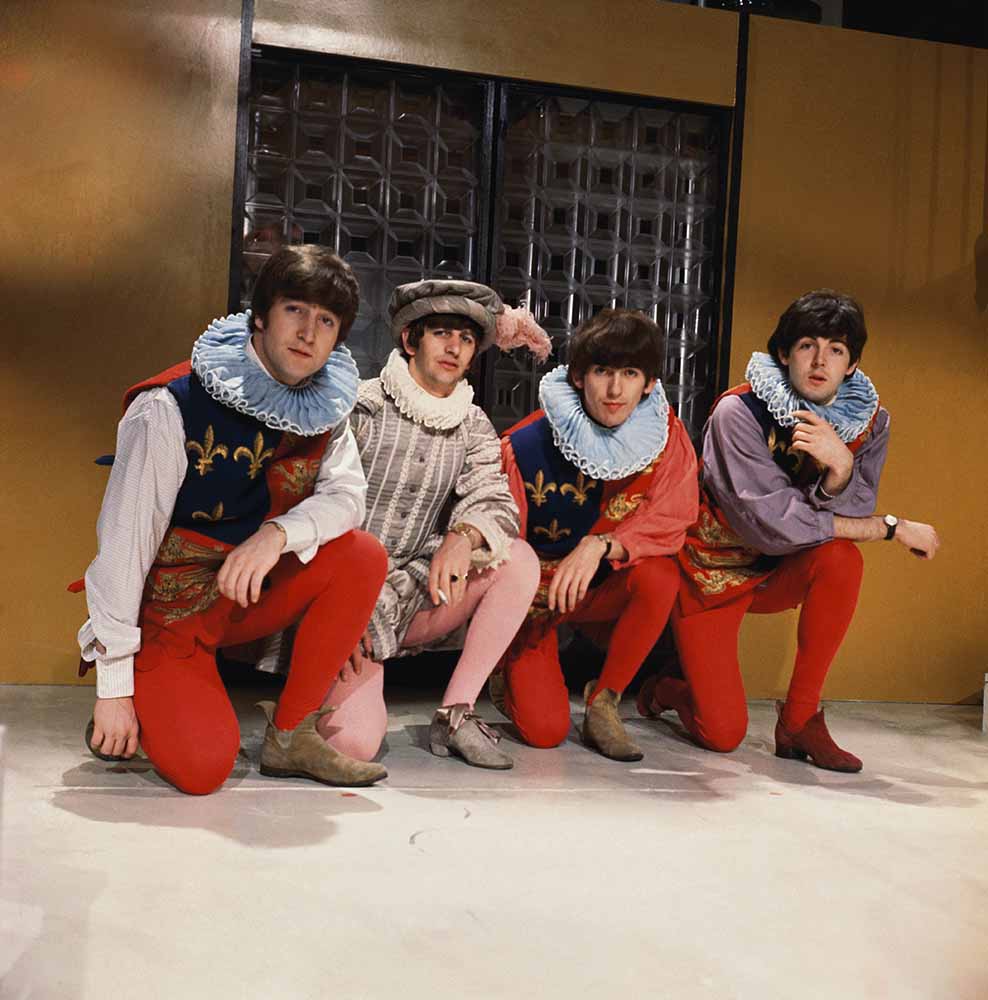 The Beatles rehearsing an excerpt from Shakespeare’s ‘A Midsummer Night’s Dream’ at the Rediffusion TV studios in Wembley, London, 27th April 1964. They will be performing the piece, with their own additional dialogue, as part of the ‘Round The Beatles’ TV show. Left to right: John Lennon (1940 – 1980), Ringo Starr, George Harrison (1943 – 2001) and Paul McCartney. (Photo by Cyrus Andrews/Michael Ochs Archives/Getty Images) 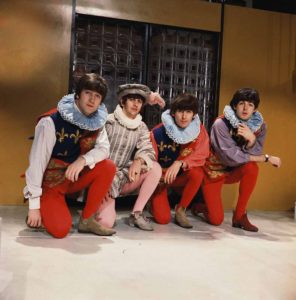